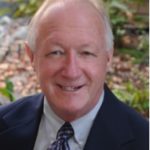 Dr. Kovacs is the founder of Afecta and inventor of several of our core technologies. He has held senior executive management positions at the University of Southern California’s Keck School of Medicine and University Healthcare Management, Inc., a national healthcare services company. In addition to co-founding GenePrints, a company that pioneered the use of DNA for purposes of human identification and disease diagnosis, he became a nationally recognized expert in human molecular genetics and received board certification in several medical specialties, including Clinical Molecular Genetics and OB/GYN. Dr. Kovacs has authored numerous papers and book chapters and is an inventor on several patents. He has been an invited speaker at many national and international conferences focused on molecular genetics, clinical medicine, and pharmacogenomics. Dr. Kovacs received his M.D. from the Keck School of Medicine at the University of Southern California and was a Clinical Professor and Director of the Molecular & Cytogenetics Laboratory at USC for over 20 years.

Sr. VP of Finance and Administration 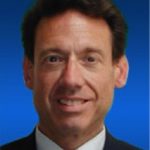 Mr. Lieberman has over thirty years of experience in healthcare management, marketing, and consulting in the areas of pharma development, medical services and devices. Previously, he was the CEO of HemaCare Corporation, the only publicly traded, for profit blood services company to be licensed by the FDA and accredited by the American Association of Blood Banks. Mr. Lieberman was involved in the establishment of the USC Blood Center in Los Angeles and the Shandong Umbilical Cord Blood Center in Jinan, China. The blood management model he created while at HemaCare became the outsourcing standard in the blood banking industry. Mr. Lieberman helped organize and manage the first mobile CT scanning network in New York State. His pharma management experience includes the development of an immune therapy for AIDS and partnerships with Squibb, Novartis and GlaxoSmithKline. He has served on the board of directors of HemaCare Corporation (Van Nuys, CA), Atopix Pharmaceuticals (Carlsbad, CA), BioDiscovery, Inc. (El Segundo, CA), ALine, Inc. (Rancho Dominguez, CA), and the Pacific Heart, Lung, and Blood Institute (Los Angeles, CA). His speaking engagements include an entrepreneurship program at the Valley Economic Development Center in Los Angeles. Mr. Lieberman has been an advisor to the U.S. Defense Advanced Research Projects Agency (DARPA), which awards grants to biomedical research projects that benefit national defense. Mr. Lieberman earned a master’s degree in healthcare administration from The George Washington University, and is a member of the American College of Healthcare Executives. 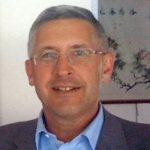 Mr. Bentley oversees all regulatory and clinical activities at Afecta. Shep began his career in 1984 at the Hospital Corporation of America as a research technician, produced drugs at Kendall-McGaw Laboratories, Inc. in Irvine, and became responsible for GMP compliance. He has since become a regulatory affairs consultant, joining the Drug Information Association, speaking at the Parenteral Drug Association and joining the managements of ACTUS Biotech, Pharmakos, Inc., the Board of Directors of the Life Sciences Industry Council (LINC) of Orange County/Los Angeles County, and the Program Committee of the Orange County Regulatory Affairs Discussion Group. He has been responsible for regulatory strategies leading to FDA and foreign approvals for several biotech companies. He has achieved market entry for numerous innovative medical technologies and applications within the European Union, Canada, Brazil and across Asia. Previously, Shep formed Synergy Biomedical, LLC, served as its President in collaboration with Washington D.C.-based Synergy, Inc. to provide biomedical regulatory expertise to the device and pharmaceutical industry of Southern California. He speaks regularly at regulatory conferences, has co-authored a book on regulatory strategy as well as contributed to Genetic Engineering & Biotech News (GEN), and provides independent consulting for clients of Intertek. He is an active member of the American Society for Quality – Biomedical Section (ASQ), the Regulatory Affairs Professional Society (RAPS), and The Organization for Professional Regulatory Affairs (TOPRA). Mr. Bentley also served eight years of active duty as an officer in the United States Marine Corp, including as a part of the Marine Expeditionary Force (Forward), deployed to Ash Shuaybah, Kuwait, to prosecute the invasion into Baghdad, Iraq, and then redeployed to Office of Force Transformation, in the Pentagon. He was awarded the Meritorious Service Medal by the President of the United States, twice, and retired from military service in 2005. 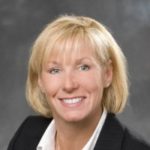 Mrs. Deren-Lewis has a proven track record in marketing in pharmaceutical and medical devices in these key therapeutic areas: aesthetics, cosmeceuticals (beauty brands), medical dermatology, and consumer products. Her clients include Johnson and Johnson, Pfizer, BioPhotas, and VI Aesthetics, among others. She is also the Chief Operating Officer for Mind and Body Research, which develops international licensing programs to provide turnkey assistance with operations and support for distributors in the pain and tissue discomfort arena. She has formulated and created the first product Demand Relief™ for the organization. Prior to these roles, she held senior executive positions with ChromaDex, Merz, Stiefel Labs (GSK), Johnson and Johnson, Genentech, and Amgen. In 2002, she was one of the original non-dermatologists invited to become a member of the American Academy of Dermatology, where she remains a member in good standing. Ann holds an MBA from Duke University, Fuqua School of Business and a bachelor of science degree in accounting from the University of North Carolina-Wilmington.

Dr. Beeley has a successful 30-year track record of increasing responsibilities within the pharmaceutical, and biotechnology. Dr. Beeley was a Royal Society Overseas Research Fellow in Prof. A. Eschenmoser’s laboratory (ETH, Zurich, Switzerland) and pioneered synthesis of macrolide antibiotics. He began his industry career at Reckitt and Coleman, Pharmaceuticals Division followed by eight years in the cardiovascular group of Synthélabo Recherche, Paris, France before returning to the UK in 1988 where he joined Celltech. Subsequently he became Senior Director of Chemistry at Amylin Pharmaceuticals, Inc. San Diego, follow by becoming VP and Chief Chemical Officer at Arena Pharmaceuticals, Inc. where he built two substantial teams totaling over 120 chemically oriented scientists. Dr. Beeley has co-authored over 70 scientific publications and abstracts and is co-inventor on over 90 patent applications, including over 40 issued US patents.

Dr. Blaisdell leads clinical development for client drug programs at PharmetRx. In his previous role, he was the Executive Director of Global Study Management at Amgen. He joined Amgen in 1998 supporting clinical research programs in infectious disease and nephrology and supporting the design and conduct of global cardiovascular and nephrology outcomes trials, successfully executing international phase 2 and 3 trials in support of filings, as well as phase 4 trials providing post-marketing support for a variety of therapies. He holds a Ph.D. in Biochemistry from the University of Minnesota, and a BS from the University of Michigan. 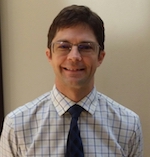 Dr. Schomberg is a bioinformatics scientist with a background in epidemiology, bioinformatics, machine learning, and chemical informatics. He is a winner of  the UCI Graduate Symposium’s “Most Creative Research” award for “Prediction of Public Health Violation via Yelp”, winner of the UCI Data Science Initiative fellowship, and an instructor for UCI DSI “Predictive Modeling with Python” course. He has over a decade of experience working with patients with chronic disease and cancer with a current research focus on transcriptomics and cancer, identifying drug leads via virtual screening.